In previous post, I mentioned that we can use Galen for automated lay out testing. Galen offers a simple solution to test location of objects relative to each other on the page. Galen is implemented using Selenium Web driver. Hence we can use it for normal functional automation testing as well.

Below are high-level steps to help you get started.

There are different framework available for testing responsive design based on Galen. Galen bootstrap is one of such framework which can be reused.

Note: Uncomment the lines above. Octopress blog engine was throwing error when it tries generate post.

once all files are created, folder structure will look like below

If we expand the result for desktop emulation, it will look like below.It will list down each assertion made and indicate whether it is passed or failed.

If we click on the assertion point, it will show the screenshot taken for that assertion by highlighting the objects which will help for easier verification. Below screenshot shows that image is on left side of section intro as defined in spec file. 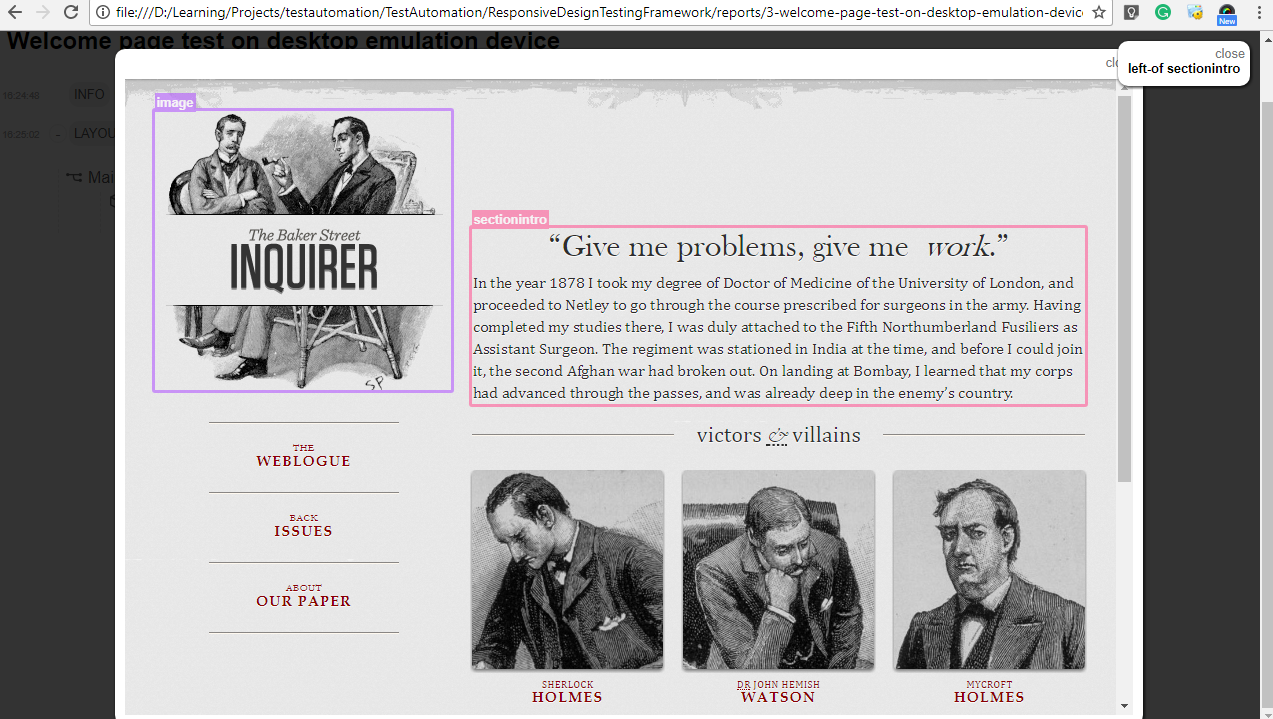